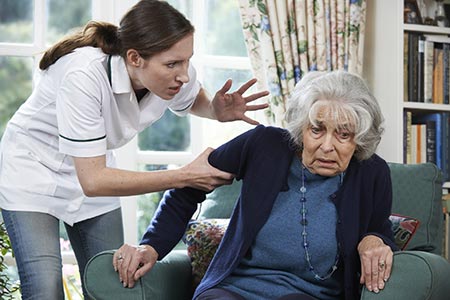 Arbitration clauses are common in nursing home and assisted living facility admission agreements.  While these clauses are touted by many as benefiting the parties by reducing the costs of litigation, shortening the time for resolving a dispute, and for allowing matters to remain private, the benefits are primarily for the nursing home or assisted living facility.  For residents, arbitration clauses often make bringing a claim against a facility prohibitively expensive, eliminate the right to have any dispute reviewed by a court, and eliminate a resident’s right to have a clearly erroneous arbitration decision reviewed and corrected by a court.  However, the most harmful aspect of these clauses is how they help facilities hide maltreatment (abuse, neglect, & exploitation) of elders.

What Are Arbitration Clauses?

It is a clause in the admission contract that requires the nursing home or assisted living facility and a resident to resolve any dispute arising from the contract (and the individual’s stay at the facility) through the arbitration process.  Arbitration is a private system in which disputes between parties are decided by a neutral third party known as an arbitrator. There is no jury. There is no judge. The arbitrator(s) listens to each party present their case. The arbitrator makes a decision and issues an arbitration award for the winning party. The parties agree, in advance through arbitration clauses, they will follow the arbitrator’s award so it is rarely, if ever, reviewed by a court. Even if there are obvious errors in the arbitration decision or award, they generally cannot be reviewed by a court.  The rules of arbitration are often less formal than a trial before a judge and jury. Unlike court proceedings, which are often a matter of public record, arbitration is private.

When residents are required to sign arbitration clauses in admission agreements as a condition of admission, many residents have no time to review the contract they are signing, ask for information about what they are signing, or even read it.  Most often these contracts are being signed in crisis.  When residents sign these clauses, they are helping the facility hide any harm that may come to them at the hands of a facility or its staff.

During President Obama’s administration the federal government developed rules prohibiting nursing homes from requiring residents to sign pre-dispute arbitration clauses as a condition of admission.  42 C.F.R. 483.70(n)(2)(ii).  However, the Trump administration has proposed new rules to roll back these protections.  Under the new administration’s rules, nursing homes could require residents to sign binding arbitration clauses as a condition of admission.  Advocates for the elderly and disabled submitted hundreds of comments in opposition to these rule changes.  These advocates cite the harm caused by these agreements when they are signed by vulnerable adults, in a time of crisis, before life saving and life sustaining care will be provided.

States vary in their approaches to the use of arbitration clauses in nursing home and assisted living facility admission agreements.  However, many of those regulations are preempted by federal law.  The Federal Arbitration Act (FAA) states that arbitration clauses are valid, except for such grounds as exist under the law or in equity for revocation of any contract.  If state laws restrict arbitration clauses in a way that conflicts with FAA, federal law and FAA is binding.  Kindred Nursing Centers v. Clark, 518 U.S. ___ (2017).  When residents challenge binding arbitration clauses, they can now use only those reasons  available under state or federal law to invalidate a contract.  These can include: lack of mental capacity, lack of legal authority, undue influence, fraud in the inducement, and others depending on the state.

How to Protect Against the Damage of Arbitration Clauses

If you are being asked to sign a contract that contains an arbitration clause for yourself or someone else, be sure to do the following: