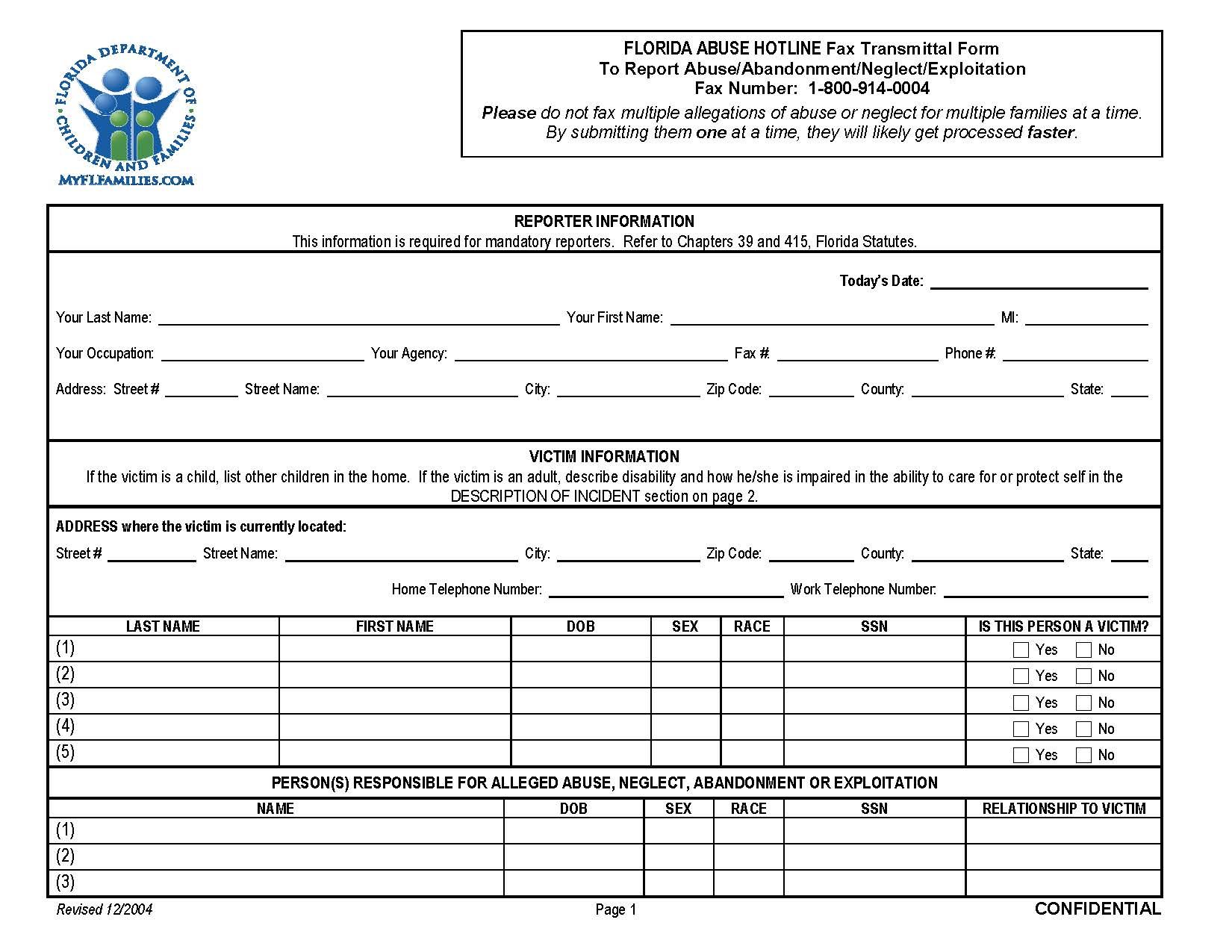 First, if an elder or other vulnerable adult is in imminent danger, call 911.  If there is no imminent danger or law enforcement is involved, you should still report the abuse to the correct reporting agency.

All maltreatment should be reported to the agency or entity to which you must report the suspected abuse, neglect and exploitation, even if you or someone else has contacted law enforcement or other emergency services.  Each state has an agency assigned to investigate abuse reports.  Each agency assigned this task has a phone number(s), fax number, and often an on-line reporting mechanism to allow individuals to report suspected abuse or maltreatment.  These entities and correct reporting numbers are available on our State Reporting Hotlines and Websites list.

One common misconception is that, before an abuse report can be made, you must be certain maltreatment is occurring.  However, in all states, the law only requires reporters suspect abuse, neglect or exploitation before reporting.  This means, if you suspect an elderly person or vulnerable adult is being harmed, report it.  You need not verify or determine the abuse has occurred.  The agency or entity to which you are required to report will investigate, make a determination of whether maltreatment is occurring, and take the necessary actions to protect the victim under the state’s adult protective service laws.

What To Include When Reporting Maltreatment

Once you know the entity to which you must report abuse, neglect and exploitation, gather the facts.  Effective reporting requires enough information to allow investigators to identify the alleged abuser, the victim, potential witnesses (if known), and the situation that leads you to suspect abuse.  Below is the list of information you should provide to make you abuse report more effective:

It is not necessary that you have all this information before you report.  However, the more information you have, the more likely investigators can assist the victim.  Always remember:  if you suspect an elderly person or other vulnerable is the victim of maltreatment, report it.  Your report could save someone’s life.